Unleashing the power of your creativity

Stephen‘s speeches are based on simple principles using innovative strategies to help build your brand and stay ahead of the competition. Stephen teaches how to harness the power of creativity not only to stay ahead of the competition but also to be a leader in the industry. By teaching others the power of creativity and how to use it you’re building a culture that keeps innovating and empowers your employees to bring their best.

Stephen’s speeches are based on simple principles using innovative strategies to help build your brand and stay ahead of the competition. Stephen teaches how to harness the power of creativity to not only stay ahead of the competition, but be a leader in your industry. By teaching your people the power of creativity and how to use it, you will build a culture that keeps innovating and empowers your employees to be their best selves.

What does it take to become a successful innovator? A roadmap to find solutions to overcome any obstacle!

Stephen has been using his creativity to find solutions to problems throughout his whole career. He was diagnosed with a severe learning disability, but that hasn’t stopped him from writing best-selling books that have been translated into 5 languages and writing over 1,000 articles for major online business publications.

Stephen has gone from selling his simple ideas at street fairs to working with some of the largest global companies in the world. He has used his creativity to create products that have generated millions of dollars in royalties and sold in every major retailer in the United States.

Stephen has created a roadmap for anyone anywhere by removing the barriers to share their creativity with the world through the licensing business model. He has had students from over 65 countries.

His creativity also won him two Edison awards alongside Coke, Ford, and Apple. Stephen is a best-selling author, IP strategist, columnist and innovation keynote speaker. Stephen is considered one of the world’s leading experts on how to license a product idea and a 2018-2019 AAAS-Lemelson Invention Ambassador.

He has achieved repeat success as an independent inventor, including defending his intellectual property against one of the largest toy companies in the world in San Francisco Federal Court. The innovative packaging solution he brought to market is protected by more than 20 patents and has received 15 industry awards. Products he invented have sold in Walmart, 7-Eleven and Disney stores and theme parks worldwide, as well as been endorsed by Michael Jordan, Alex Trebek and Taylor Swift.

Stephen is the author of five books, including the best-selling One Simple Idea by McGraw-Hill, which has over 900 5-star reviews between both editions on Amazon. He has been featured on ABC’s Money Matters, CNBC, The Big Idea With Donny Deutsch, and appeared as an expert guest on the Dr. Phil show. His writing has appeared in TIME, The New York Times, Fast Company, Business Insider, and many more.

In 2020, he became a founding member of the United States Intellectual Property Alliance.

In 2021, Mojo Nation named him as one of the 100 most influential figures working in toy and game design today.

In 2022 Stephen contributed to “Cases in IP Strategies: Industry lessons learned“ from the non-profit Michelson Institute of IP.

In 2022, World IP Forum awarded him “Most Influential and Inspiring Leader Of All Time.”

He enjoys traveling internationally. In the fall of 2022, he spoke in Bangkok, Thailand at the World IP Forum, in Johannesburg, South Africa at Adams & Adams law firm and the Institute for Inventors and Innovators, Alexandria, Egypt at the Techne conference, and at the Saudi Authority in Riyadh, Saudi Arabia.

It was a great pleasure to hear and learn from you and we will never forget what we learned this day. 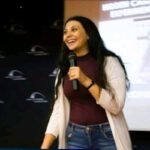 I was amazed by your workshop yesterday in Techne summit. 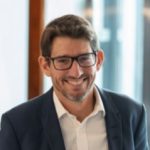 Stephen Key's secret sauce to licensing is just what is needed to kickstart and spur on a generation of inventors. If you are in need of inspiration and some handy tips, follow him and his organization inventRight for content and more, you won't regret it. 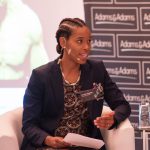 "Thanks for the insightful talk Stephen! There was something for innovators and IP lawyers." 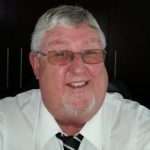 "Thank you for a very informative talk...l gained a lot from listening to you." 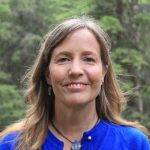 "What a fabulous presentation you gave! Great storytelling, informational and energetic, | learned so much! Thank you!!" 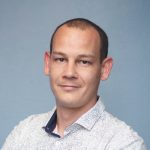 "It was really thought-provoking, motivating and inspiring. It was clear that for many it was the fuel they needed for their fire. It was for me!" 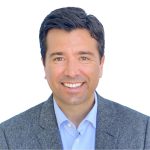 "I really enjoyed your presentation Stephen. Thank you for sharing your experiences and insights on this important topic!" 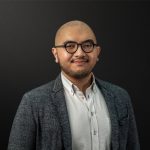 "Stephen, I really enjoyed your session earlier this morning." 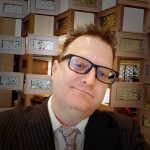 "Enjoyed your talk today. You're an inspiring speaker!"

If you’re not constantly innovating, you will be left behind. All industries, at some point in time, will need to change — or else some other company is going to disrupt the way you do business. You may feel safe now, but you need to look to the future and predict what’s coming. You need to be ready and prepared for the future. Looking to the future and creating for the future will keep you one step ahead of the competition. Innovation will not only help you avoid possible destruction, but will help you stay competitive and lead your industry.

Stephen will show you simple ways to increase your creativity, stay out ahead of the competition, and empower your employees to do their best. Stephen can help your creative team come up with new ideas and teach your employees to be great problem solvers, all while building your brand and creating loyal customers by providing the best innovative products. Attendees will leave his presentation empowered. They will know how to use their creative muscle to come up with ideas instantly! They’ll be ready to take the next step.

When Stephen gave a Google talk this was the audience reaction:

“Thank you so much Stephen for this inspiring talk.”
-Brandon Alexander

“Mr. Key, thanks for your knowledge, is priceless!”
-Rob

“You are my inspiration!”
-Explore the world

“This speech was so much value.”
-Senate

“Fascinating.I was riveted listening to this talk!”
-Kay Song

“Mr. Key your passion and experience are a great motivator!”
-B.

Stephen will demonstrate why people with dyslexia have unlimited potential for success!

Dyslexia is not a bad thing! It’s been my “super” power!

Stephen had a terrible time in school growing up. He couldn’t pronounce words, so reading in class was always a failure. Stephen had to wait after school until the other children left so he wouldn’t be teased. He was pulled from class to attend a special class with other children who were having problems. Soon they sent him back because the help wasn’t working. He learned to hide his learning difficulties because of all the teasing and embarrassment he endured as a young child.

This was a time when we were not as knowledgeable or prepared to help children like Stephen. At an early age, he found a way to overcome his fear of being exposed and bullied. His self-discovered tools and strategies helped him to not only survive, but also thrive.

When Stephen was tested for dyslexia at age 45, he did so poorly they said, “We’re not sure what you can do for a living.” When Stephen shared about his many professional achievements, they were so surprised they quickly asked him to share his story with young adults with learning disabilities.

For over 45 years, he was embarrassed and ashamed of his disability, hiding his secret from everyone, including his wife. Now he understands that his learning disability has been a gift. Having severe dyslexia hasn’t stopped him from achieving his dreams. It’s actually what led him to become a successful entrepreneur making a living from his creativity.

In his keynote presentations, he shares his journey as a dyslexic artist, author, and entrepreneur who has gone from selling his simple ideas at street fairs to working with the largest companies in the world on game-changing innovations.

Stephen will share with you the strengths a dyslexic person possesses. Stephen believes that his dyslexia has helped him see solutions to problems that others have missed and that it is one of the major reasons he’s been successful as an entrepreneur.

Stephen will also reveal the life hacks he has used that have helped him succeed in a world that is not designed for people with dyslexia. He will share the techniques and strategies that he has used to overcome obstacles at every stage in his career.

For the past 20 years, his company inventRight has helped creative people from more than 65 countries break down the barriers to sharing their creativity with the world.